The SBCF is very happy to award its annual SBCF Young Scientist Award of € 5,000 to Daria Bonazzi, INSERM researcher in the team of Guillaume Duménil at the Pasteur Institute in Paris. 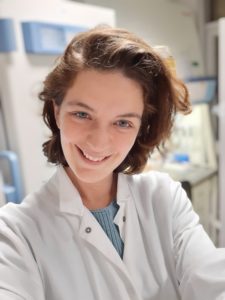 Infection from the eyes of a biophysicist: forces at the host/pathogen interface

Daria Bonazzi completed her studies and first research projects in the field of physical chemistry. During her Master 2, she worked for the first time on cells and got interested in living matter. She then joined the lab of Matthieu Piel at Institut Curie, where she studied the mechanism and function of cell rounding during mitosis. After this experience, Daria started a PhD in biophysics under the supervision of Nicolas Minc at Institut Jacques Monod, to investigate the developmental polarity and morphogenesis of yeast cells and spores. For her Post-doc, Daria aimed at applying her expertise in quantitative cell biology to the field of host-pathogen interaction. She hence joined the “Pathogenesis of Vascular infections” Unit headed by Guillaume Duménil at Institut Pasteur. The focus of this team is Neisseria meningitidis, a gram-negative bacterium able to infect the human microvasculature, leading to severe pathologies such as septicemia and meningitis. However, the mechanisms governing formation of bacterial aggregates and their impact on infection remained elusive. By combining quantitative experiments and active matter physics-based modeling, Daria and her colleagues discovered that aggregates of meningococci behave as an active viscous liquid thanks to intermittent attractions between bacteria. Furthermore, these mechanical properties are important to adapt to the vessel geometry for an efficient vascular colonization. In 2019, Daria obtained an Inserm CR position in the same team to continue working on the forces at play during meningococcal infections, with a special focus on the host/pathogen interface. 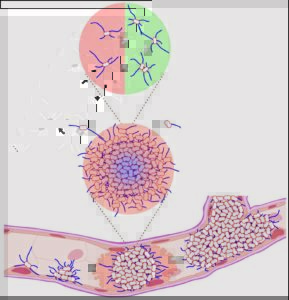